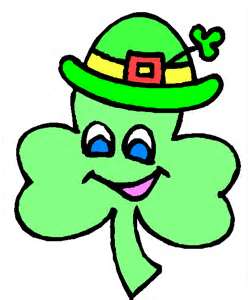 Unless you’re into basketball, is there anything to like about March? St. Patrick’s Day, perhaps. You have to wonder, though, if St. Patrick’s day was really originally in March or if the Irish just wanted to bless us all with an official drinking holiday in this most dreary of months.

Many people hate the month of January. It represents diets and Christmas bills. But January isn’t so bad–by the time we wake up to fact that we’re in it, we’re through it. February gives us Valentine’s Day and a 3-day Presidents Day weekend. But March. Ugh. Overcome with sunlight deprivation, we’re desperate for spring to come. We can almost feel the sunbeams of spring vacation. The garden is thinking about waking up. And then what happens? A snow forecast.

I’m not in the mood for snow anymore. I’m in the mood for green. I want to peek into the herb garden and see little shoots of chives volunteering themselves to flavor my scrambled egg. I want to rake away some leaves and discover happy little crocus. Actually, this year I’d be happy just to see some sunshine.

It will snow this week. I’m sure of it. I took my car through the car wash. It is shiny and clean; therefore, it’s all ready for road salt. (It has already been baptized with bird-poop, but the windshield wipers took care of that.)

My aversion to March snows goes back to our early days at Maywood. We had a couple of brutal winters in the 90′s. Snow and ice in February was difficult, but snow in March was maddening. Snow in March melts faster than snow in February. This is not a problem unless you live on a dirt road. Dirt roads turn to mud in March.

When we first moved out here to the Hereford Zone, to a property that had been used only as a summer retreat, all signs of asphalt stopped almost half a mile from the house. At a certain point along the road, the county stopped paving or maintaining it. The road continued as a dirt road past our nearest neighbor’s house, and gravel began at the Maywood property line.

One soggy March, an 8-inch snow storm melted in one day. Fifty years of hand-shoveled gravel sank in mud beneath the tires of our minivan. The dirt road section was even worse. The sled run of ice ruts where we had aimed the car wheels in February turned into a sloppy mud pit. The mud was so deep it threw the tires off balance.

I took the car to a Mr. Tire for a balancing and alignment. They put the minivan up on the lift with mud dripping from it.

“Where on earth have you been?” they asked.

So it’s been twenty years and I really should get over it. The county has paved all the way to the Maywood property line. We added asphalt milling on top of the fifty years of gravel, and we paved our driveway. It’s really ok to drive here in March. But March, with the gray-brown woods and green-ish brown grass, is still the color of mud. I’d be in favor of using next week’s time change to leap right into April.

That said, I’m a teacher and will never say no to a snow day. So if we’re to have snow, bring it on. If it’s to be a sloppy, gloppy wintry-mix of snowy rain, students beware. The Ides of March can make teachers crazy.