Last week we spoke of a time in my life mixed with the sadness of  war and the passion of people wanting to comfort others in pain.  Before the formal opening of radio station KTAB at Travis Air Force Base in Fairfield, California, a few stars from Hollywood had been coming up on week-ends to visit the sick and wounded and to perform shows for them in the auditorium of the Base Hospital. As a volunteer for the station, I was around to help.

I am not sure where I saw her face first.  It might have been in the semi-dark theater or outside in the crowd or maybe I passed her on the street in one of my many walks alone to the chapel, to see Father Geigle , or to go to choir practice.  Her beautiful face began to haunt me but how would a 20-year-old from Bradshaw go about meeting such a lovely young girl?

One  Saturday night, as usual, she was in the front row of seats, awaiting Margaret Whiting’s melodious voice and as I  stumbled by, she smiled.

Like the local Yokel that I was,  I sat in the seat beside her and apologized for tripping over her feet and the next thing I knew it was almost two hours later, Margaret had gone back to Hollywood and I was still talking. It was getting dark, I had no idea where she lived but I told her I would walk her home.

After doing a few things to secure the auditorium, we went outside and she told me she lived behind the chapel. So maybe I had seen her walking on the street.  I could hardly keep my eyes off her face.  Her name was Lynn Denning and she was from Denver Colorado but was at that time living with her Aunt, whose husband was a Navigator on a B29.  Her parents were divorced and she had a brother named Charles Yeager and a father named Chuck Yeager, no not the Chuck who flew supersonic airplanes.  She was seventeen, on the “skinny” side, almost as tall as I and had a face of an angel. 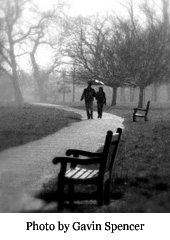 We became fast friends almost immediately, as if we had known each other all our lives. I would see her every chance I could get and most times we just walked and talked for hours upon hours.  We would walk in the sunshine and we would walk in the rain.  We must have walked hundreds of miles in and around Travis Air Force Base and occasionally we would venture forth into Fairfield, the adjoining town that originally claimed the base until it was renamed.

Then came the news of my school assignment in Cheyenne, Wyoming, which meant we would be separated. She said she would be moving back home to Denver with her Aunt.  Her Uncle was getting a temporary assignment in Japan.  Now we were making  plans for me to visit her in Denver when I could.

Her father lived in Denver and we could go trout fishing above 8000 feet. It was just a 2 hour ride from Cheyenne by bus and cost just a few dollars.  We would talk seriously about our relationship occasionally but she would get very quiet.

Lynn was the first girl that I felt the kind of love for that would make me want to spend the rest of my life with her. Unfortunately, even though I felt she did love me, her first love was theater, the stage and acting.  She told me then of her real love, her desire first and foremost to be a dramatic actress.

We sat for hours and talked and a few tears fell.  But never once after I departed the Air Force, did I attempt to contact her.  I chalked the experience up to being a green young man, away from home, looking for something he knew nothing about.

I think I did learn what real love could be though and when I did find real love again and it wasn’t until years later, I grabbed it with both hands and held on to it for 58 years, the greatest years of my life.

I told Lynn at one time,  if she was gonna be an actress, I was gonna learn to fly.  I am not sure if Lynn ever made the big time stage but I did eventually learn to fly, just like in Harry Chapin’s song “TAXI”.  I won’t, however, get to drive that New York taxi and pick her up to take her to her luxurious penthouse where we can relive our successes and failures, like the song says.

I recently looked for Lynn Denning on Facebook.  I found a lady in Larkspur Colorado who has an alpaca ranch.  I made a small attempt to see if this is Lynn but no response so far.  It is hardly the way for a love story to end any how,  actress turning to alpaca ranching and the pilot navigating his Scooter.